Mining in the North must be paying real good! With Chinese Nationals willing to pay up to N100M bribe just to have undisturbed access to the mining site, can you begin to imagine how much the actual mined minerals will cost? Why arent we taking advantage of these locations and carrying out the mining by ourselves? Here is what the Vanguagrd Newspaper is reporting regarding this case: 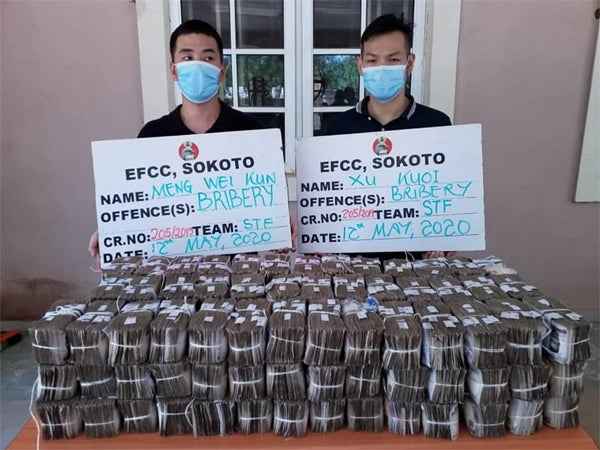 The Sokoto Zonal Office of the Economic and Financial Crimes Commission, EFCC, has arrested two Chinese: Mr. Meng Wei Kun and Mr. Xu Koi for offering a sum of N50, 000,000(Fifty Million Naira only) as bribe to its Zonal Head, Mr. Abdullahi Lawal.

The suspects were arrested on Monday, May 11, 2020 in Sokoto. The bribe was allegedly offered in a desperate bid to compromise ongoing investigations of a construction company, China Zhonghao Nig. Ltd, handling contracts awarded by the Zamfara State Government in the sum of N50, 000,000,000.00( Fifty Billion Naira) between 2012 to 2019.

Alarmed by the consistency and professionalism of investigation being conducted, the company reached out to Lawal with an offer of N100,000,000( One Hundred Million Naira) as bribe to “bury” the matter.

Hushpuppi to Face 20yrs in US Federal Prison on Fraud Charges

Legacy TV - July 4, 2020
0
In the past few days, Nollywood Actor, Mawuli Gavor and Bbnaija’s Cee-C has been the talk of the moment It all started after Former Bbnaija...