Buckingham Palace over the weekend released a statement, regarding the exit of royals, Prince Harry and Meghan Markle as duke and duchess of Sussex.

In their statement, Prince Harry and his wife Meghan Markle will no longer use their HRH titles

As part of the deal between Buckingham palace and Prince Harry and Meghan Markle,

they will also repay the £2.4m spent on renovating their Frogmore cottage home .

and will no longer receive public funds for royal duties, adding: ‘This new model will take effect in the Spring of 2020.’ 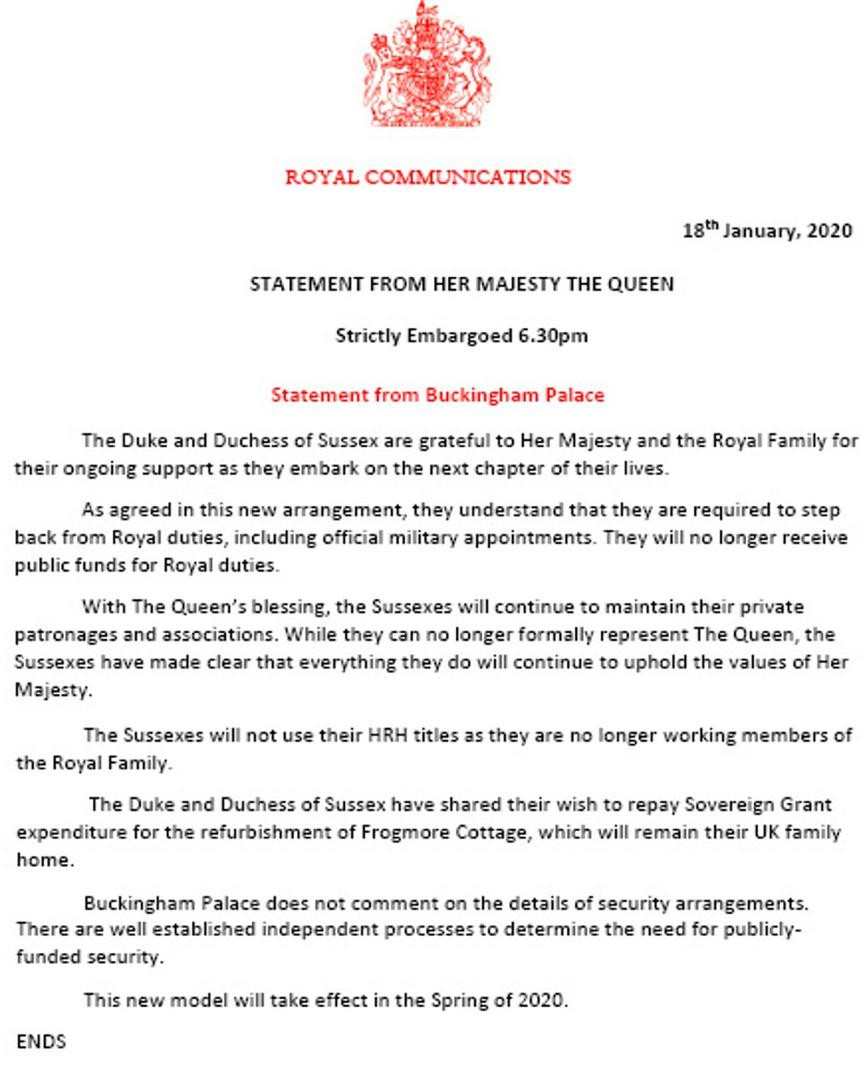 The couple, who will be known as Harry, Duke of Sussex and Meghan, Duchess of Sussex, will stop carrying out royal duties from the spring.

The announcement marks the conclusion of talks about their future

after days of wrangling with senior members of the family and royal aides to thrash out a deal.

where they can set their own agenda and make money how they choose. However, they have pledged to ‘uphold the Queen’s values’

The Duke and Duchess’ new website sussexroyal.com has been updated following the Queen’s statement, saying:

‘In line with the statement by Her Majesty The Queen, information on the roles and work of The Duke and Duchess of Sussex will be updated on this website in due course.’

The change means Harry, who served a decade in the British Army, will give up his military patronages

and his role as Commonwealth Youth Ambassador, but will remain a prince and sixth in line to the British throne.