There is currently outrage in America as yet another black man, Shaheen Mackey dies, following his inability to breathe

While Prison guards are seen holding him down and Tasing him, as he was having seizures

died in custody in 2018 but footage of his death has just been released and it has caused outrage.

The footage was leaked this week by the husband of a woman who is the administrator of Mackey’s estate.

The video shows that Mackey suffered from an epileptic seizure

only to be met with a brutal response that his family argues caused his death.

for 4 hours when he had a seizure and needed medical attention.

Staff covered his face with a spit mask,

cuffed his hands behind his back, and shackled his feet.

But that wasn’t enough… they then tased him

and held the mask tight against his face,

making it impossible to breathe.

with at least 10 people watching him die.

And by the time officers realize he’s dead, 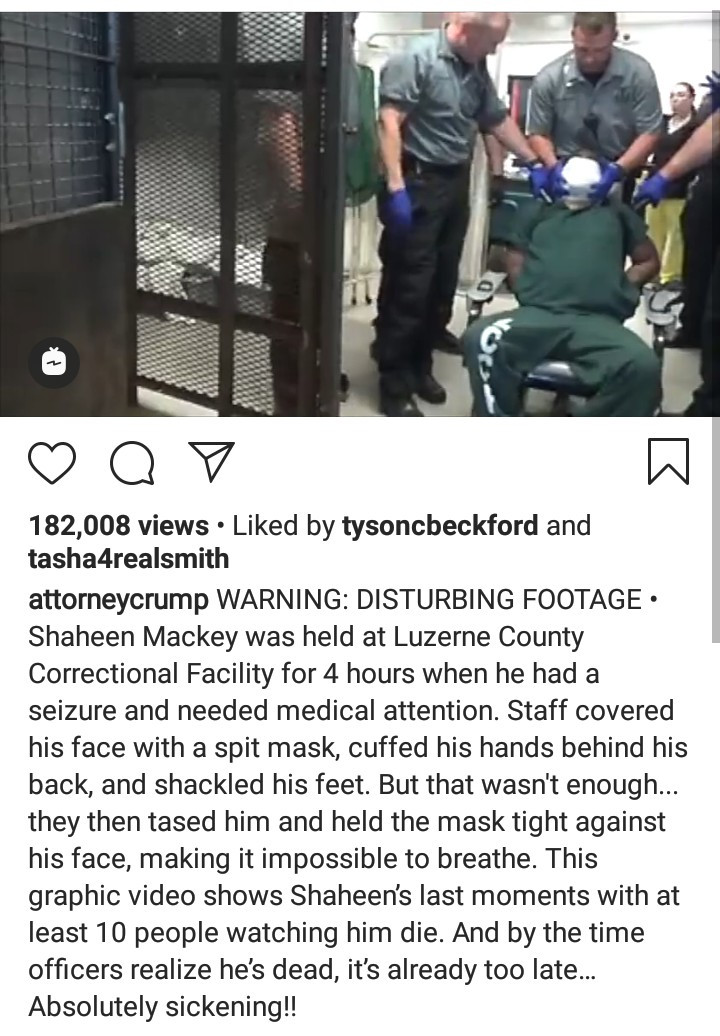 Watch the video below.

It’s sad however that despite the cries of Racism to end in America, it seems like the end isn’t at all near
Hopefully, Justice will come for Shaheen Mackey as well.