Nollywood actress Funke Akindele on Saturday threw a house party to celebrate her Husband’s birthday and they are currently being dragged all over Twitter.

Many called out the Actress who was made an Ambassdor at the NCDC to encourage people to stay home and avoid large gatherings in this period of Coronavirus.

Regardless of this the actress still held a party that we could clearly see over 20 people clustered together.

Watch video and swipe to see the Twitter reactions below.

Meanwhile Funke Akindele has replied all the backlash she has been receiving since Saturday night when the videos went viral.

According to the actress, most people who turned up for the birthday party had been camped in Amen estate before the lockdown order issued by President Buhari on March 29. Funke Akindele added that they are all safe and happy.

See her tweets below; 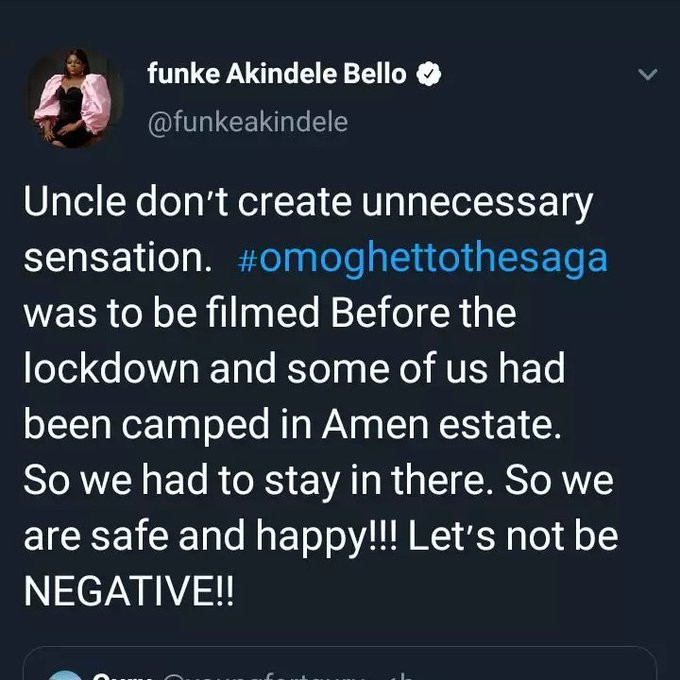 She however deleted the tweets after being dragged by social media users. Here are some tweets below; 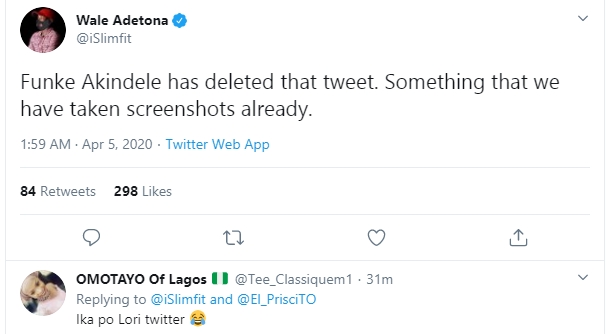 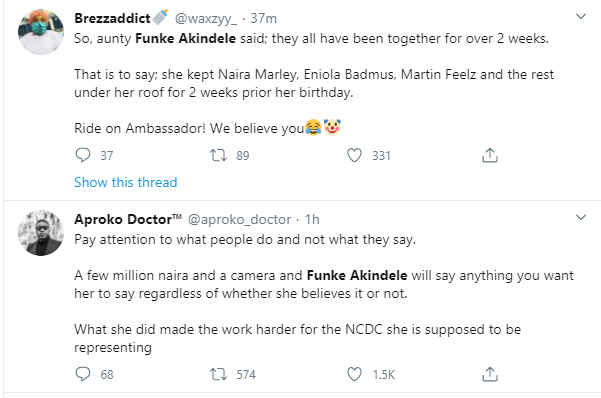 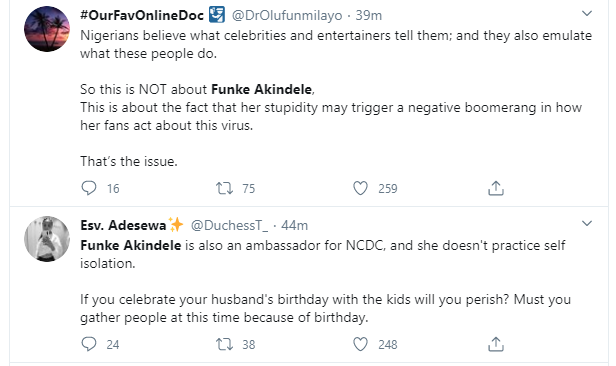 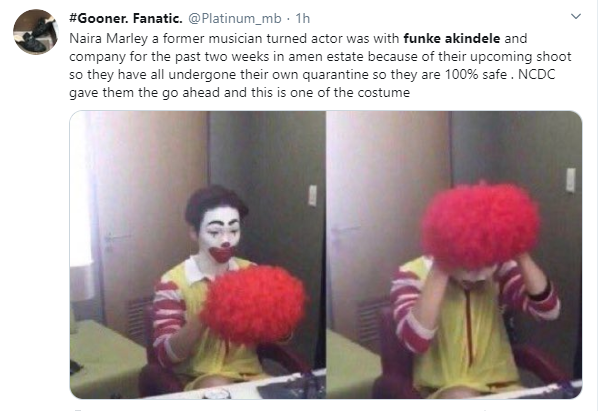 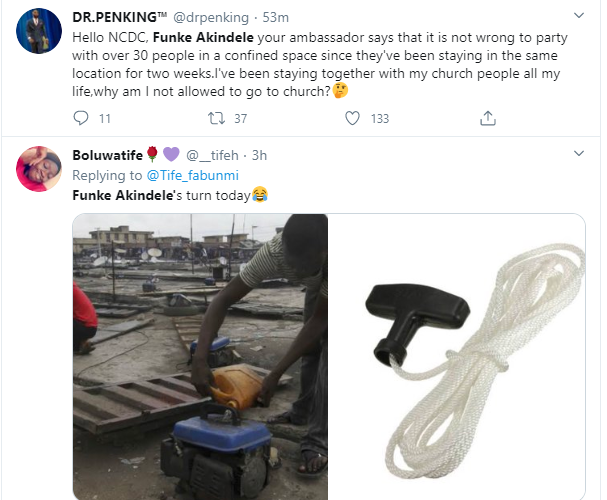