On Monday the 13th day of April 2020, President Buhari extended the current Lockdown in 3 states of the Nation.

Recall that Lagos, Ogun and the Fct have been on 2 weeks lockdown, due to the high numbers of confirmed Coronavirus cases.

Well Buhari has extended the lock down by another 2weeks, which kicked off from Monday night at about 11:55pm.

In light of this, media personality Toke Makinwa has called on the government to increase the amount given to Nigerians.

The media personality suggested that the federal government credits the accounts of Citizens of the country with at least N10, 000 to cushion the economic effect of the extension.

Lock down, lock down the least you can do is credit everyone’s account, even if it’s 10k.

BVN is available yet you want those who have resorted to being their own government die of hunger?
14 days more is about to bite even harder 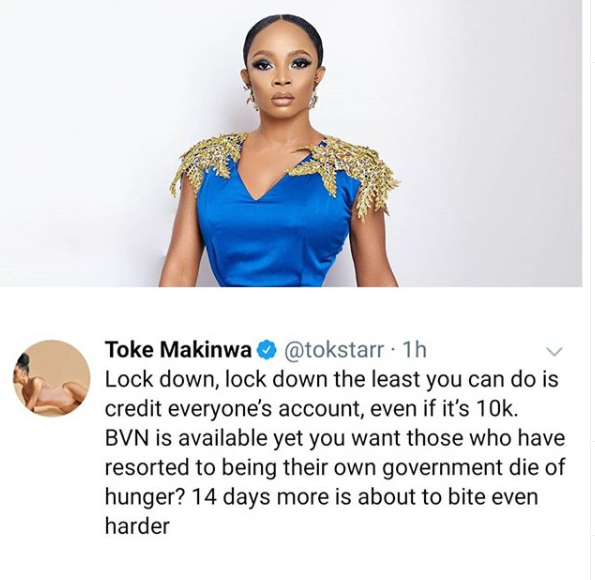