Reality tv star, Kim Kardashian is mourning the painful death of an inmate she has been trying to free from death row.

Recall that Kim has been a strong crusader for the freedom of Prisoners who were cruelly locked up for little or no crimes in the past.

So far the reality tv star has been instrumental in the release of more than 5 inmates who were wrongfully charged and arrested.

Nathaniel Woods was convicted of capital murder and sentenced to death for the June 17, 2004, murder of Birmingham police officers Carlos Owen, Harley Chisolm and Charles Bennett, the Associated Press reported. 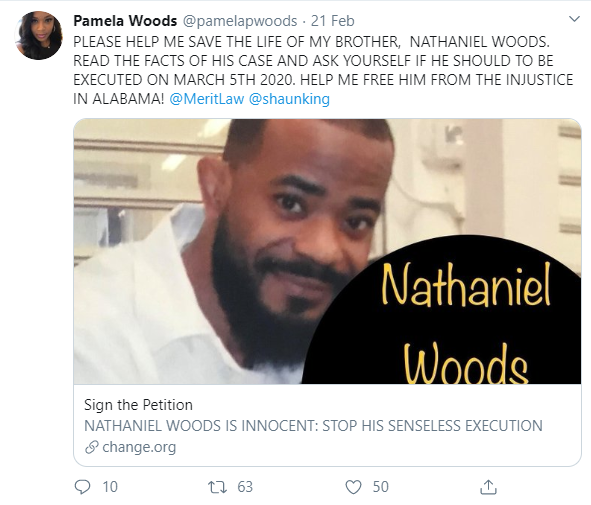 Although the real culprit came out to confess that he shot and killed all three Cops, Nathaniel was still convicted for murder and sentenced to death.

A number of activists including Kim Kardashian, Martin Luther King 111 and many others have tried to get Daniel woods released but to no avail.

Kim Kardashian wrote and we quote;

“Nathaniel Woods is scheduled to be executed in Alabama TONIGHT for murders he did not commit. Join the broad coalition – including members of the jury and relatives of the victims – in urging @GovernorKayIvey and @AGSteveMarshall to stay Nate’s execution.”

Nathaniel Woods was killed by lethal injection at the William C. Holman Correctional Facility in Atmore, ABC News reported. He was pronounced dead at 9:01 p.m. local time on March 5, 2020.