It all began with Tunde Ednut sharing a post where he insinuated that Joro Olumofin fakes the messages he claims he receives from readers.

Tunde shared a photo of a man operating multiple phones, with the words,

“Joro sending emails to himself and starting them with ‘Uncle Joro please keep me anon”. 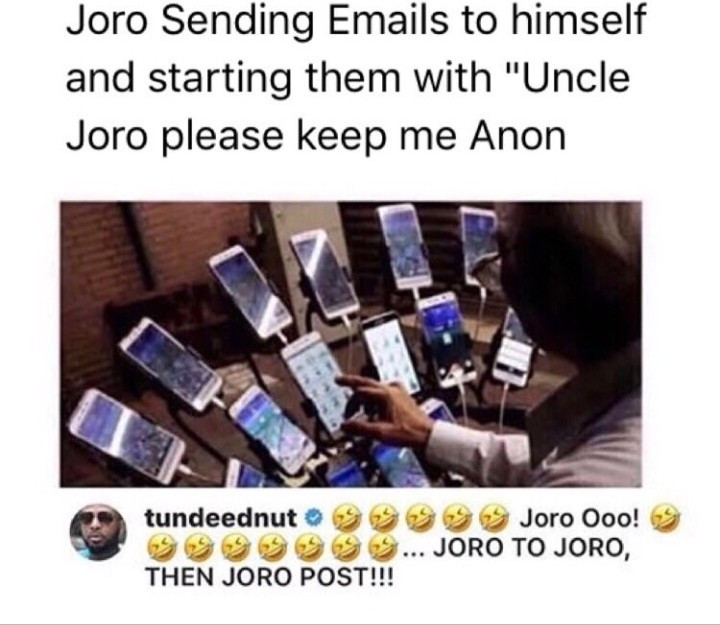 Olumofin hit back hard by claiming Tunde Ednut is a thief and was deported from the UK because he stole an iPhone.

He also alleged that Tunde can’t move freely in the US because he is there illegally. 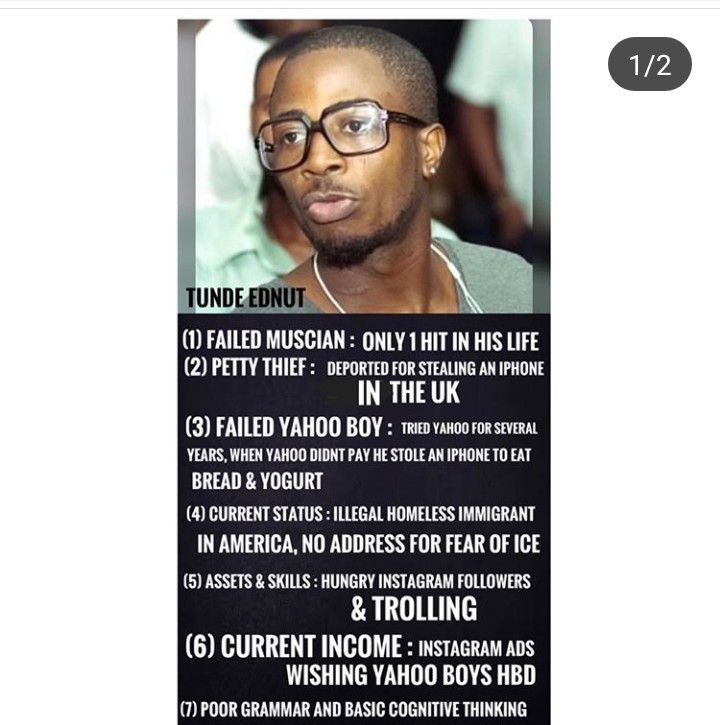 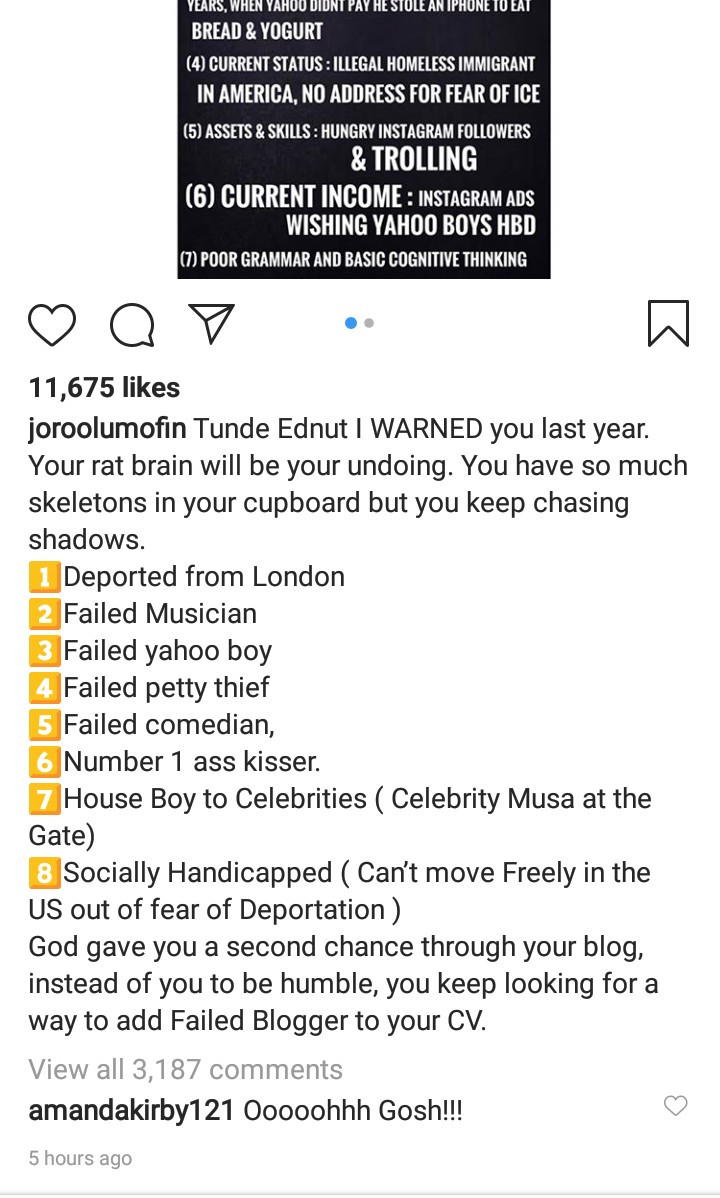 The relationship coach went further to claim Tunde steals his posts and he shared screenshots as proof. 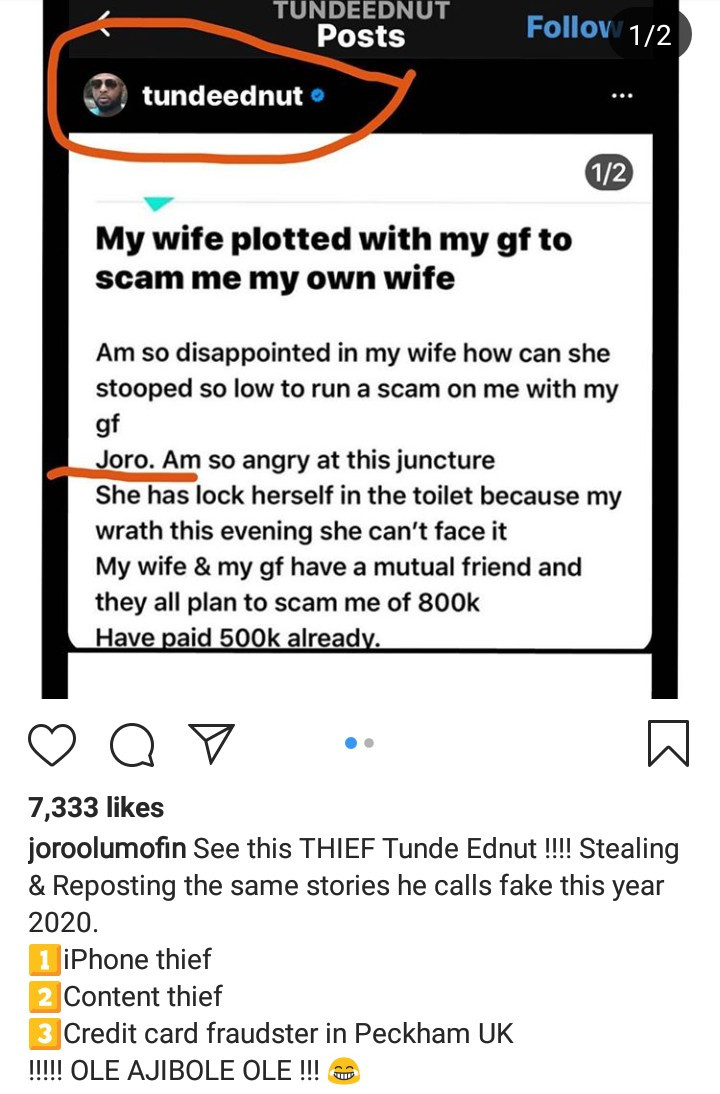 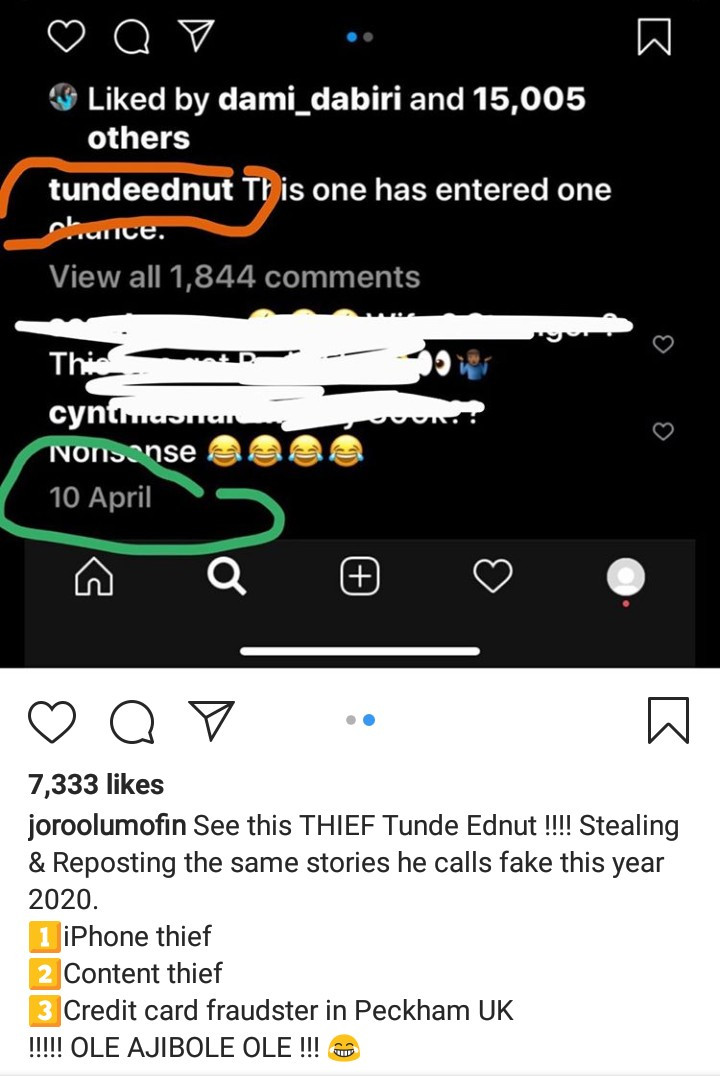 He added that Tunde tries to compete with him by referring to himself as “Uncle Tunde” because commenters refer to him as “Uncle Joro”. 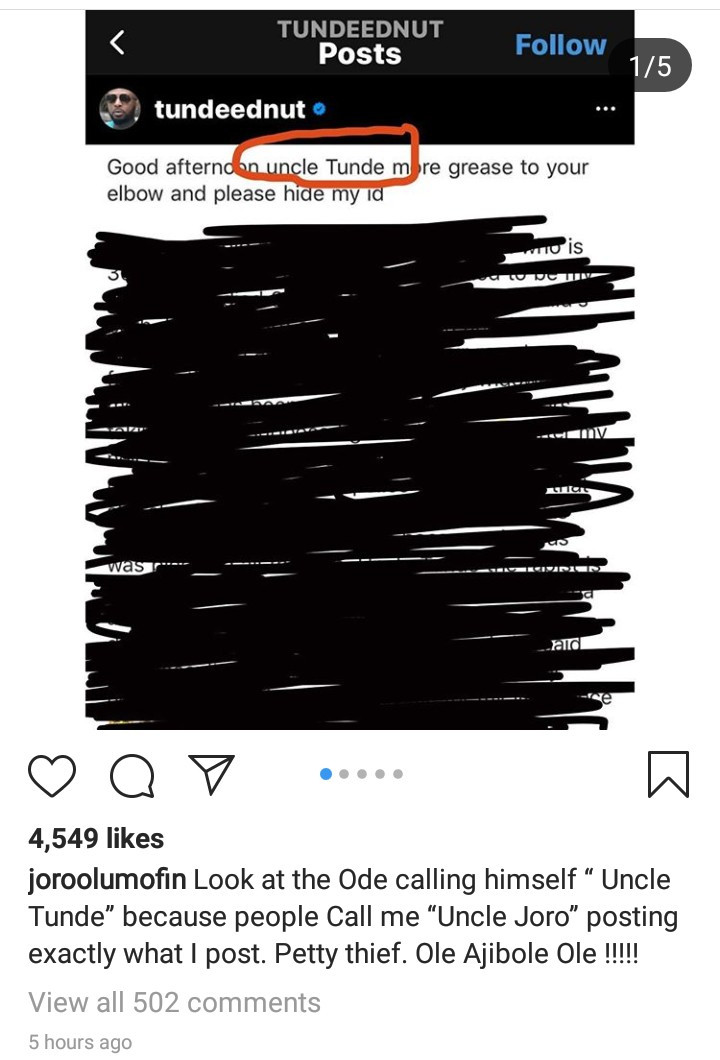 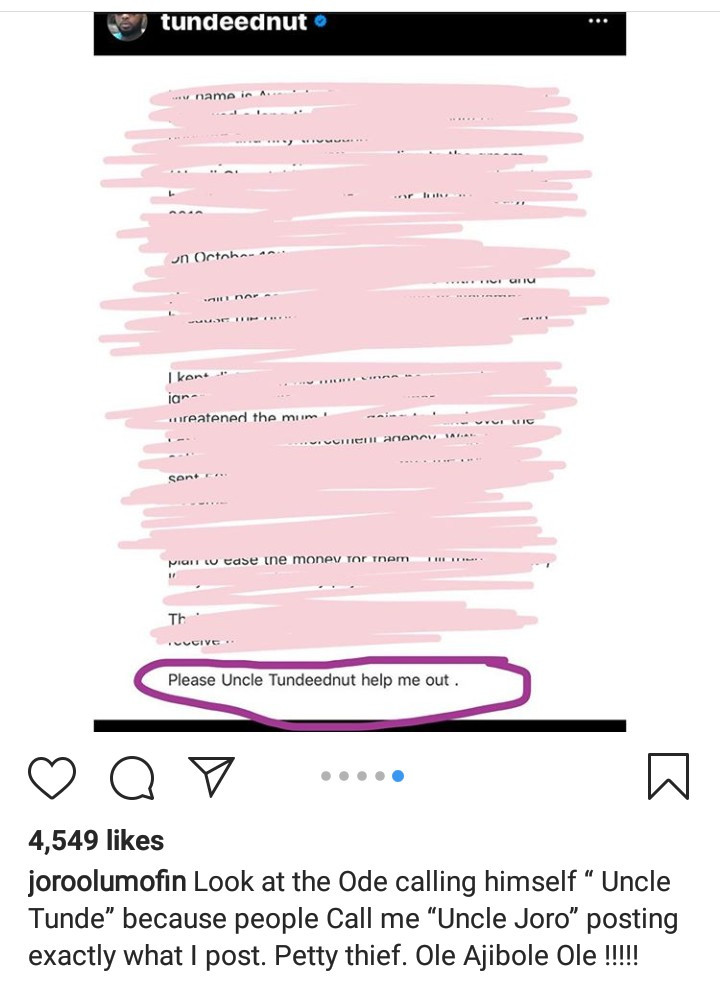 when the pandemic is over, to dispute Joro’s claim that he was deported from the UK.

Joro and Tunde Ednut first clashed last year, After He hinted that Olumofin fakes his emails

How will this end? Well we will be here to give you further details as they unfold