Now that we all know that Genevieve is an ardent believer and a confirmed Feminist, she isn’t about to allow anyone reign on the woman’s parade

Although He May have done it in a light hearted note, but Genevieve did not take it likely with him

However The challenge requires women to post black and white photos

on their page and pledge to support other women after being nominated.

Meanwhile Deyemi and a number of male celebrities like Don Jazzy, 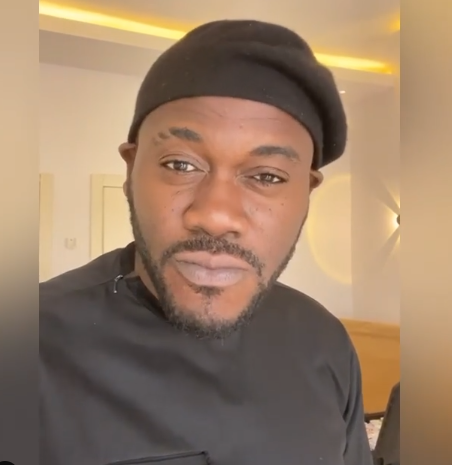 Deyemi made sure to repost photos of the other men who took part in the challenge.

Reacting to Deyemi’s post, Genevieve accused him of making a joke of the challenge.
She wrote:

“We seek solace in humour to distract us from pain or discomfort.

Tell me what it is you feel exactly?

You see, that feeling that triggered you to make a joke

of a movement that can only be understood by those it was meant for;

the feeling of being overlooked or disregarded

is part of the point of the challenge.

No one likes to feel invisible. You felt it for a second.

Women feel it every day of their lives.

Let us hold our own hands if we want to.

Be ok with it. Not everything is about you or for laughs. Shalom.”

Deyemi responded by posting a black and white photo of Genevieve

I know your heart and I stan forever!

And to anyone else female/male

who may have misconstrued the intent and felt bad,

do know that I see you and I’m truly sorry you feel that way.

In these times we need all the love, support and smiles we can get! “ 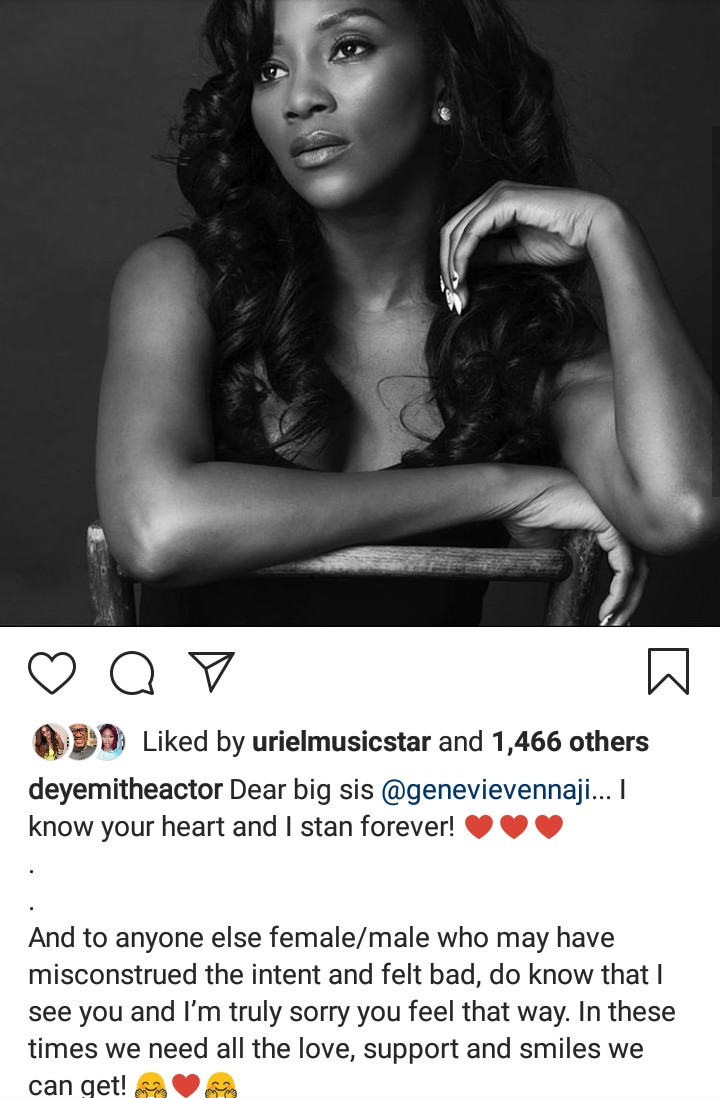