Free the sheeple leader, Daddy Freeze is currently being dragged all over social media and guess why?

Well because in the past, he dined with serial fraud star, Hushpuppi in his Dubai mansion

Now that the Dubai Police has arrested Hushpuppi, Nigerians are currently dragging those who inherited from Him

and Daddy freeze happens to be one of those people

They are however harder of Freeze, all because he is always quick to judge churches and pastors

Meanwhile, he is openly dinning and hailing fraudstars

According to the OAP, Jesus also dined with sinners

Here is the video of Him and Hushpupi and also some posts criticizing him below; 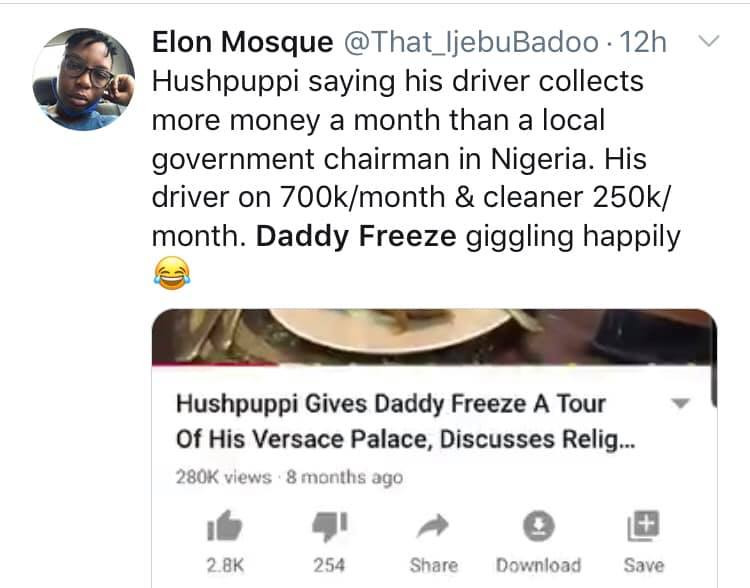 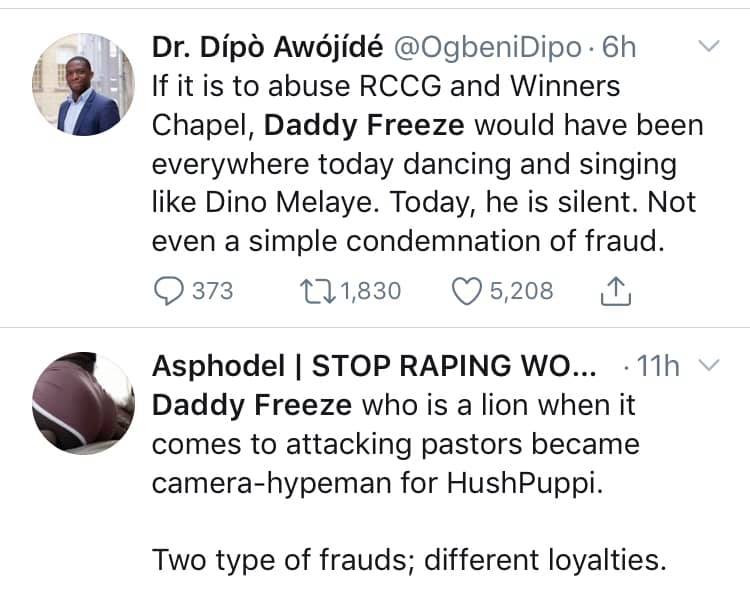 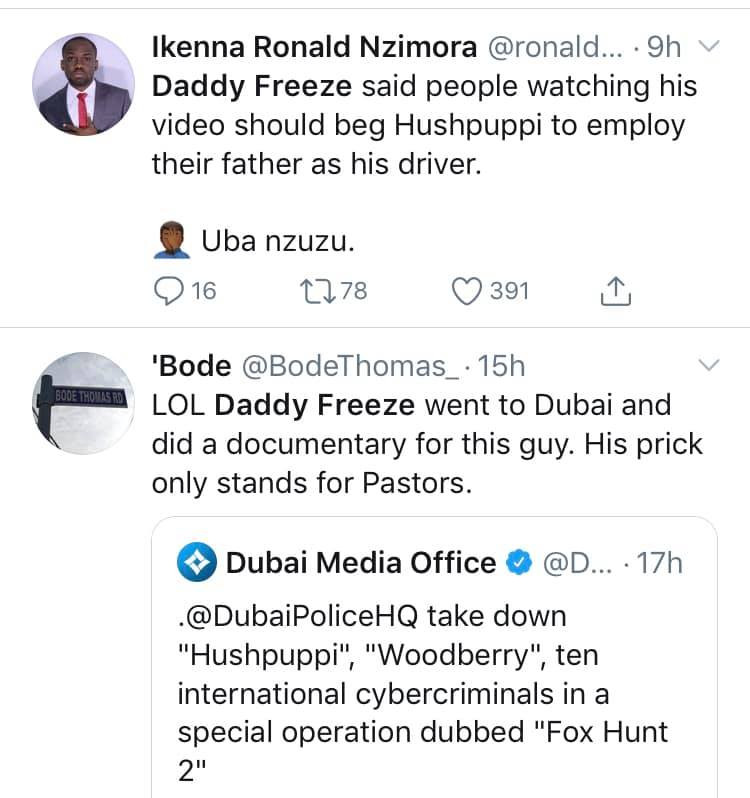 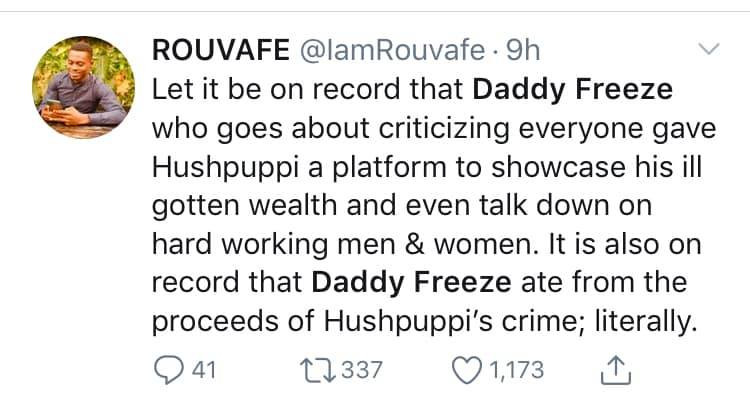 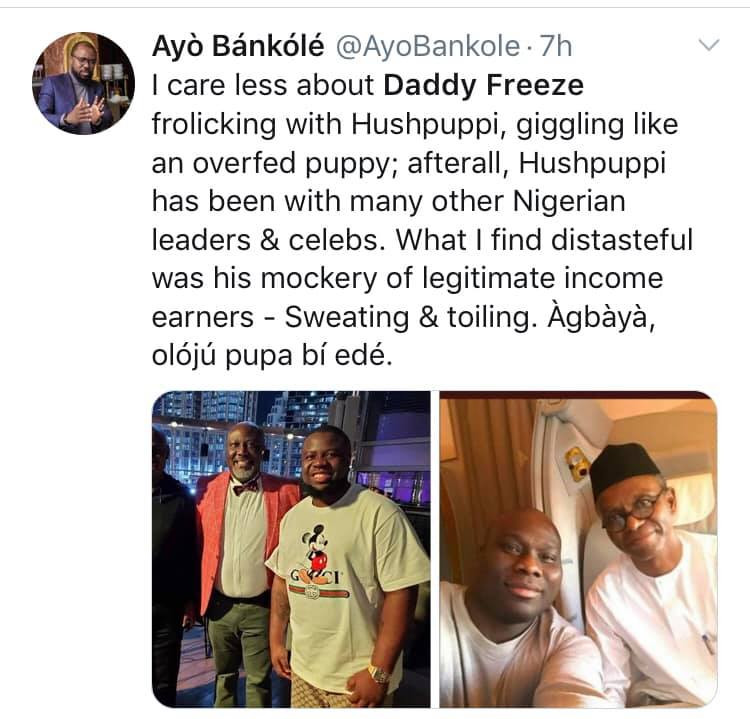 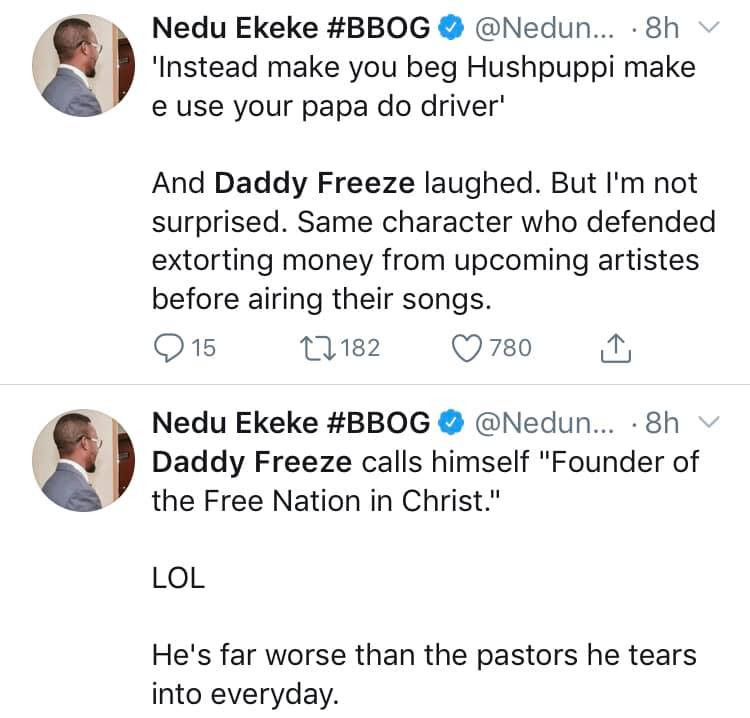 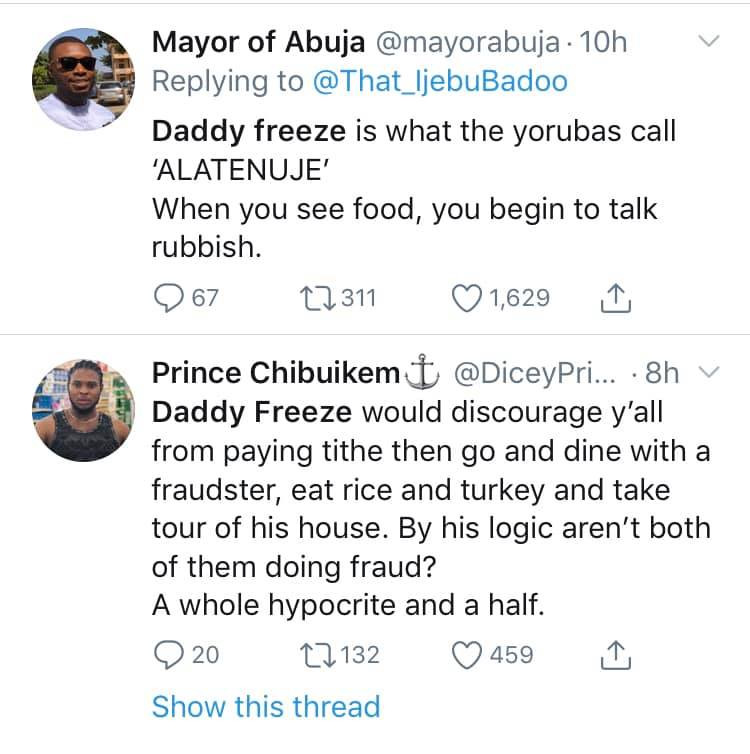 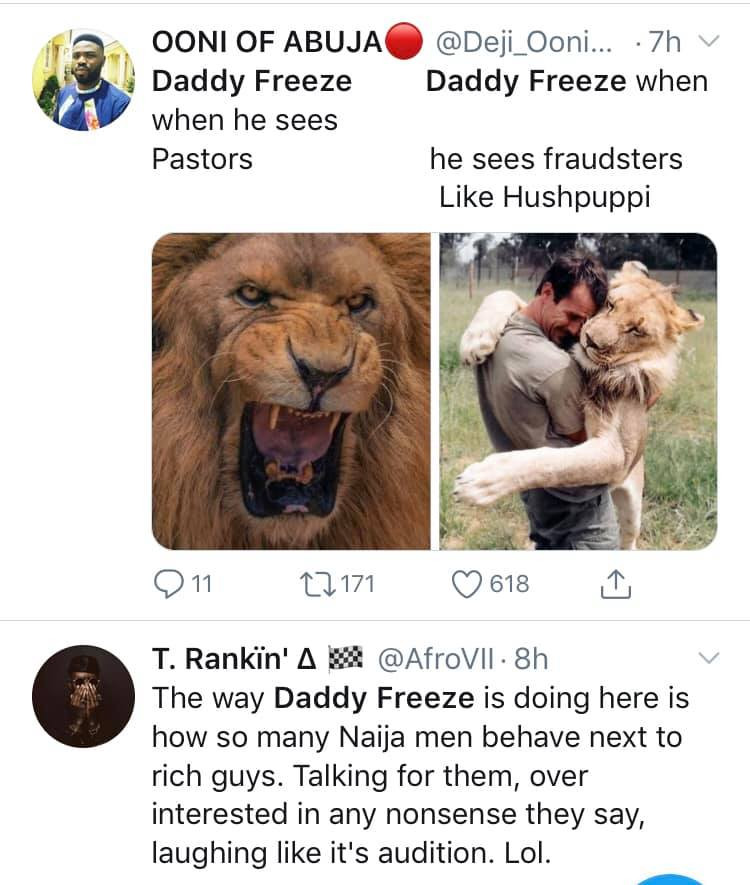 Daddy Freeze has however defended himself by quoting Mark 2:15 where Jesus dined with “sinners”.

He further adds that Nigerians are funny people and he is glad that he is not accountable to anyone except his master.

The media personality went on to block social media users who were trolling him and also said “he will say what will make them drink sniper”.

On being a hypocrite, he stated that he uses the scripture to point fingers at Nigerian Pastors while they can’t do same to him.

Here is the video below;

It’s hilarious however that Daddy Freeze took out time to explain himself, which is not natural

Well what can we say, everyone who once had ties with Hushpuppi are now distancing themselves from Him

Because we see him travelling in the near future to Dubai, and for all we know the Dubai Police force

Will still be looking into more persons linked to Hushpupi