Lovebirds, Davido and Chioma have both unfollowed themselves on Instagram.

This is coming after an  explosive revelation from Peruzzi’s former Boss, King Patrick.

Yesterday, while responding to a sub from Davido, King Patrick claimed Peruzzi slept with Chioma, and pimped her to him as his ‘cousin’.

Davido had earlier tweeted, “If you are feeling depressed, remember you are not alone. God is with you always. Don’t be afraid to reach out to people in your family, your church, or your friend circles. Ask them to pray with you and not give you drugs. Hope you feel better bro. Crackhead.”

In response, King Patrick wrote; “If you are feeling stupid and you are out there popping babies and giving girls STDs, don’t be sad, reach out to loved ones and get advise from your huncho on how to fcck his side chick and pimp her out to you as his cousin..Let’s be guided please. Incest is a sin..”

See the screenshots below; 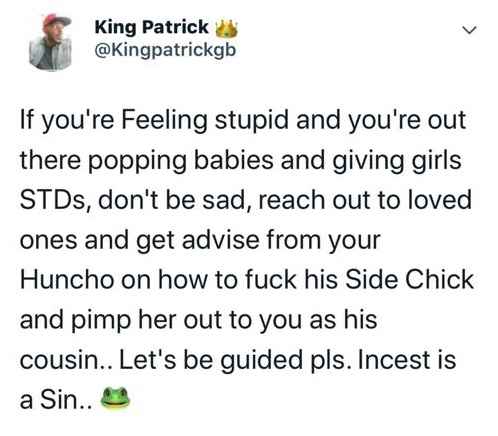 After this revelation, in a quick check, it may seem as though Davido and Chioma are no longer following each other on Instagram. 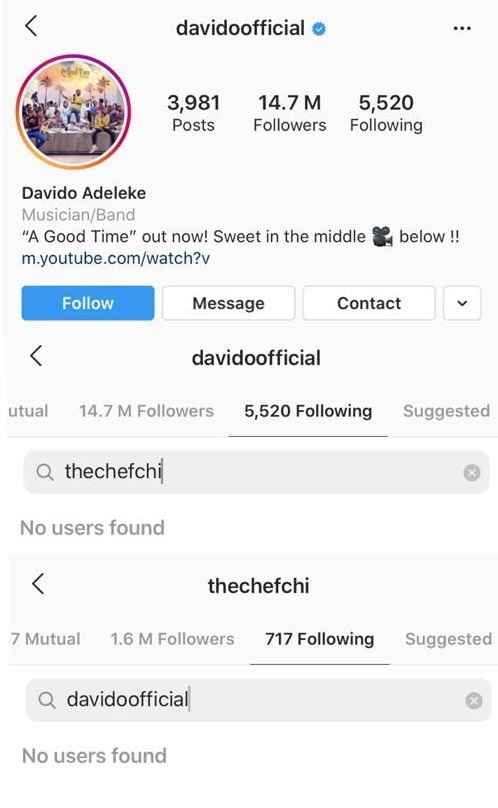 This new development comes as a shock to us.. and we only hope all is well with Davido and Chioma!