Recall that on Friday, the video of The clergy saying anyone who doesn’t pay tithe risks being under a “Financial Curse” went viral

According to the comedian, people are already under undue stress in their finances

Also Apart from the effect of Coronavirus, he further pointed out that regularly they are being threatened by government due to task

And that now, the church is also threatening people over payment of tithe

Reacting to this, Basket mouth stated that the church is now threatening people with financial curse over tithe in a bad economy.

He wrote and we quote;

Inside the TERRIBLE ECONOMY?
With the LEVEL OF UNEMPLOYMENT?
ABEGIIIIIIIIIIIII!!!!!!!!! 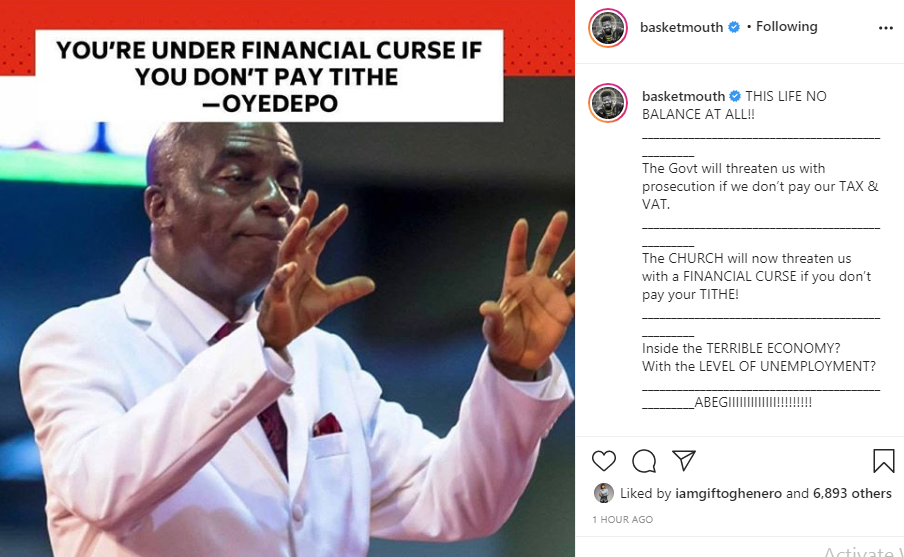 Many are also in support of the Basket Mouth assertion while others believes they need to listen to the full teaching
And not just one part of it.